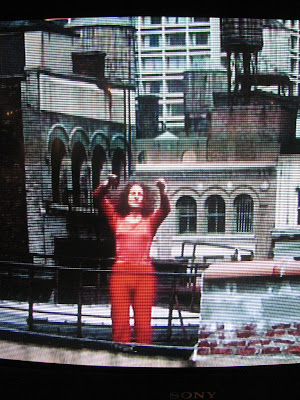 I first encountered Laurie Anderson’s work 3 years ago in Athens Biennale. It was the video where she dressed in a red cat suit and filmed herself on various rooftops in NYC performing seemingly meaningless repetitive movements. I remember being struck by this work in relation to the rest of the artists exhibiting there. Anderson was probably the oldest artist there, from a different era altogether. Her work struck me as being more playful than the rest, with a freedom of expression often sought after by this generation of artists, but rarely found, because paradoxically the more you seek freedom the more contrived and less free it becomes.

I then wondered if it was misguided, or socially appropriate, to interpret standing on a roof dressed in a cat suit as being free. Is it wrong to interpret a work based solely on the era it is placed within I found myself asking myself? Does it then reduce it to a predominantly simplified understanding of the past, or worse still, and possibly quite cynically, a nostalgic typecasting of a whole generation of artists?

Was Andersons work more free because she was making it in an era only just coming to terms with the phenomenon of global media, and a globalized art world? Did that allow her a freedom of expression we lack today?

Therefore a large part of my understanding of this exhibition (retrospective at Barbican) was based on my very naïve and simplified understanding of the 70’s as an era. For me it’s the era of rational thought, people power, change, rise of documentation and archive, meaning being detached from image, buying bra's after burning them and realising breasts start to droop eventually without them, flower power growing up and, just like the 60's, probably too much acid. It’s probably the era I most admire, but thinking rationally am glad I’m not a part of. We probably have more freedom now, but paradoxically either aren’t aware of it, or have forgotten how to use it.

Anyway, as you enter the exhibition there is a pillow with a speaker inside, which starts to work as the participant places their head on it. Interactivity, which forces the viewer to deconstruct their usual interpretation of art as being something untouchable to be revered and admired from afar. There were 4 performances that took place intermittently throughout the day. I stayed for only three. 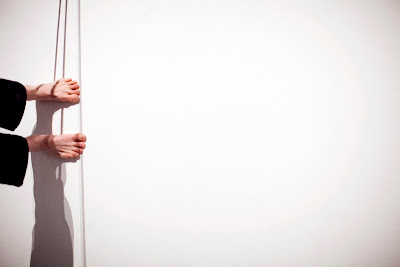 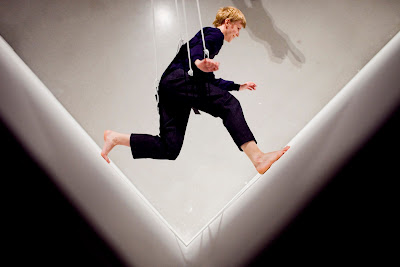 Trisha Brown, Walking on the Wall, 1971. Photograph by Felix Clay

The first was Anderson’s “Walking on the Walls” (above) which was exactly as it sounds, a group of 5 performers attached to ropes suspending them from the ceiling, walking along a wall horizontally. Kind perspective trickery which appears to be quite a common theme throughout. 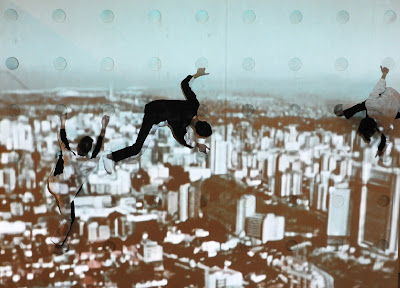 The second was a climbing based piece called Planes (see above), whereby performers climbed on a wall that was being simultaneously projected onto with images of long legs or buildings that tower into the distance. It was another interesting play with perspective. 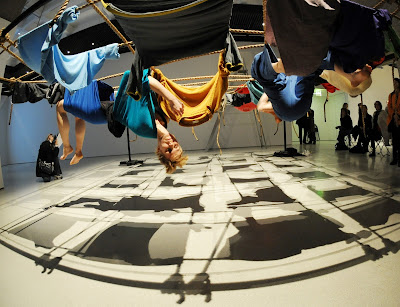 Trisha Brown, Floor of the Forest, 1970. Photograph by Rune Hellestad

The third, and for me the most interesting, was the Floor of the Forest, which consisted of a grid of ropes that strung together items of clothing for people to climb in and out of. The performers would lug themselves into the clothes and then hang like deadweights for a time, before moving to the next “outfit”. Definitely worth a visit.